WATER rising, WORK disappearing, RICH automating, HUMANS dying. This documentary will explore the incredible dangers and potential this era holds, and look at a classless, egalitarian society as the answer for our future in the face of environmental disasters, the end of capitalism, and a threat of a new kind of “techno” fascism.

END OF DAZE aims to explore the unique and terrifying time period we are living through, mourn the ecological destruction of the Capitalist period, lay out the possibilities we face as a species, and fight for a world where humans survive and thrive.

We are living in incredible moments of uprisings and explosions of activism; a time where the fabric of society is breaking down from our healthcare to jobs we always thought would be there. Youth everywhere are leading protests in the streets to demand change. But the elite rulers are trying to steer it all in a terrifying direction to benefit only them.

We are approaching a society where automation could mean the end of work, and scientific advancements could lead us in the direction of techno-fascism or a society that truly plans and provides for all. We are at the end of human history, or the beginning.

Capitalism and class society have outlived their usefulness for humanity and the economy. We are living through a period where automation and computers make human work no longer necessary. This unprecedented shift could have made it easy to provide for the basic necessities of all people, while providing time to grow as a species. Instead, under a class system, it means the vast majority of people are unnecessary. They can use us as guinea pigs for whatever projects they have, or leave us to die. As capitalism shifts and a new system emerges, exploitation is a thing of the past. It is no longer necessary for the rich to exploit the poor for their labor if robots and computers will be able do it. As always, it’s a question of power. It’s up to the vast majority of humanity– the masses of poor and working people– to take control of power, so that we can get all humans what they need, rather than the ruling class driving us towards techno-fascism or extermination.

Capitalism required endless economic growth in search of profits, yet the environment and climate require us to immediately stop growth and spread existing resources fairly to take on the existential threat of climate change. (See chart below– an immediate sharp decline of CO2 emissions, the blue line, is required to have the least environmental disaster.) Scientists agree that we are headed into a terrifying future if we don’t drastically change how we are living and doing business. We need to take on the ruling class, existing governments, and the corporations that are destroying our planet and creating the conditions of our own extinction. We must move towards a more democratic system, one that seriously plans for human needs and climate disasters to come. But we need power to do that. The ruling elite have plans to use every legitimate disaster we face, be it climate disruption or disease, to force their agendas on us.

What is their agenda? How do rulers seek to continue the system of inequality and private property? What would a revolution towards an egalitarian, peaceful society look like? How do we get there?

How do we go on, organizing for a humane future, given that we may be too late?

From the creator of BrokenOnAllSides.com 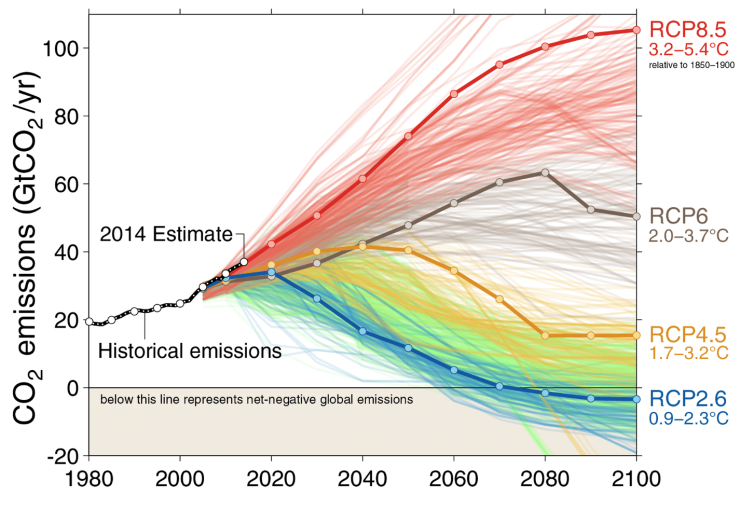 The film will include many voices and visions, not just one sect’s vision for revolutionary change, and not just a traditional “Left” perspective. It will be a kind of “living manifesto,” with the hopes of ongoing conversations after the film, at screening events and zoom discussions across the country. We also hope the project will provide ways to continue living and organizing, despite feeling deep grief about the extinctions humans are causing across the planet, given humans themselves may not have much time left.